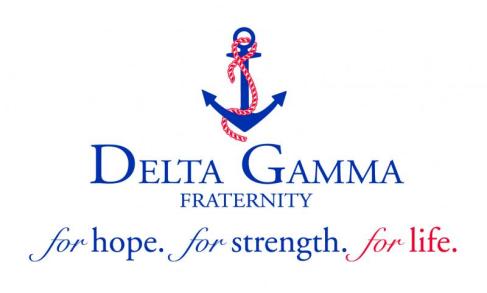 Not too long a go a foul-mouthed email written by a Delta Gamma sorority member in Maryland went viral. And she had to resign. Ironically  the email from the Delta Gam sister was all about another fraternity swathed in controversy at the University of Alabama–the Sigma Nus. Those were the good old days.

Now University of Alabama President Judy Bonner’s affiliation with the Delta Gams is more likely to be mentioned on Facebook.  First it was reported by Melissa Brown that “women in the university’s sorority system were offered free alcohol to go to the polls and were encouraged to vote for school board chair candidate Lee Garrison and Cason Kirby, a recent UA graduate who is an attorney in the area. Kirby was running to unseat Kelly Horwitz for District 4’s seat on the city school board.” And an article by Stephen Dethrage stated that “Voter registration records show that 45 women who registered to vote in the city’s election within 48 hours of one another all listed as their residence the same University of Alabama sorority row address — 707 Magnolia Drive, which is the Delta Gamma house.”

Delta Gams of course were not responsible for all of the election chicanery. For example, there were over 10 unrelated Sigma Nu fraternity brothers who were newly registered to vote using the same address – 42 University Circle.

Judy Bonner was instrumental last year in recolonizing the Delta Gams on the campus and she also was a contributor to one of The Machine candidates Lee Garrison. Whether or not any of this besmirches President Bonner’s reputation is a matter of personal interpretation.

Bonner has recently spent more effort on another matter entirely. She has been trying to do damage control on allegations about segregation in the University’s Greek system. Melanie Gotz, an Alpha Gamma Delta member, gave an interview to the University’s student paper The Crimson White that ripped the sheets off the hot bed of racial prejudice at the Alpha Gamma Delta house. Much of the problem was actually attributable to alumnae and not the current crop of sorority sisters.

The New York Times has reported on the reaction to the controversy in an article “At Alabama, a Renewed Stand for Integration“:

For this rendition of Stand in the Schoolhouse Door, there were no National Guard troops or presidential edicts.

Tracey Gholston, a black woman who is pursuing a doctorate in American literature at Alabama, said Mr. Wallace’s legacy continued to permeate the university, which has nearly 35,000 students, about 12 percent of them black, and 45 percent from out of state.

“It shows a thread. It’s not just something that was resolved 50 years ago,” said Ms. Gholston, who has a master’s degree from the university. “You can’t say, ‘We’re integrated. We’re fine.’ We’re not fine.”

The demonstration came one week after the campus newspaper The Crimson White published the account of a member of the university’s Alpha Gamma Delta chapter.

After a private meeting with advisers of the University’s sororities Bonner released a statement: “As we have said, the University is working with our local chapters and national headquarters to remove barriers that prevent young women from making the choices they want to make. Our meeting this evening with chapters advisers is another step forward in that process. We are unified in our goals and objectives to ensure access and choice to all students, and to doing the right thing the right way.”

The two women ended by addressing issues of power and money at play in allegations of segregation in sororities and fraternities and unethical campaigning behavior by Greek organizations in the recent board of education elections. They listed demonstrations and the formation of social justice groups as possible outlets for change.

Derby said it is the students’ responsibility to effect change. “If you all get together, you’ll come up with something.”

After all of this hullabaloo over racial discrimination at the University of Alabama dies down it remains to be seen whether the Greek system will finally be integrated. But for many people it is far more important that the University rein in The Machine, which has interfered with the democratic process in a local school board race.

Machine members are among those trying to piggyback onto the segregation issue. According to an article in the Crimson White “Alumni speak against discrimination though advertising”:

Kenneth Mullinax, an alumnus who served as Paul “Bear” Bryant’s student assistant for two years, was a member of a fraternity and an officer in Theta Nu Epsilon, otherwise known as the Machine, said he and Sherrel Wheeler Stewart were responsible for organizing this ad with signatures from greek, independent, black and white alumni at the University.

There is even an attempt to erase the bad impression that many of the Greeks create at Crimson Tide football games. The Greeks have been notorious for leaving Bryant-Denny Stadium to go party before the football game is over. According to a report in The Tuscaloosa News, Student Government Association President Jimmy Taylor has suspended “block seating” in the student section for one game:

“I feel it is my duty as SGA president to foster togetherness and represent all students. With this in mind, I feel it is appropriate to suspend Student Organization Seating for this Saturday’s football game against Colorado State. As a university, we have seen significant growth in recent years; however, as we continue to grow bigger, we must also grow better. This Saturday is an opportunity for all students to come together with a common goal, and we can begin by cheering on the Alabama football team together as one university.”

Of course Jimmy Taylor as an operative of The Machine was busily retweeting in the waning hours of the municipal election day to get out the vote for his fellow Machine candidate Cason Kirby.

Will Judy Bonner’s and the University’s ties to The Machine be too strong for any effective action against the Machine’s dominating University politics and controlling who is elected in Tuscaloosa District 4?

2 thoughts on “Is it just damage control or will The Machine not forever reign at the University of Alabama?”