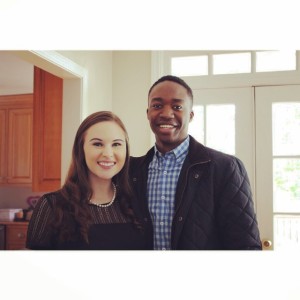 The Machine’s anointed candidate for Student Government Association President  at the University was not elected.

Instead a candidate opposed to University politics as usual won.

As Melissa Brown reported: “Elliot Spillers, a junior from Pelham, is also considered to be the first non-Machine candidate to win the election since John Merrill (now Alabama’s Secretary of State) won in 1986.

“Spillers said he was ‘shocked and thankful’ after receiving the election results. ‘This is my third time at this, and each time I’ve grown tremendously as a leader and a person,’ Spillers said when reached by phone Tuesday evening. ‘I’ve never lost hope, hope for this university and what we’ll accomplish in the next year. The real work begins tomorrow. To all the students who voted for me, thank you. It’s because of you we have the opportunity to bring sustainable change here to Alabama.’

“Student newspaper The Crimson White reported voter turnout was the highest it has been in at least six years. Spillers received 8,602 of the 14,931 votes cast.

“Spillers’ campaign manager Mark Hammontree said Tuesday the campaign and student involvement felt more energized than any other SGA election he’s seen during his time at UA. ‘Elliot has a quality that attracts people and energizes them and makes them believe change is actually possible,’ Hammontree said. ‘What really set his campaign apart was his ability to make people from all parts of campus feel they have a place in his campaign. Therefore, potentially, if he won they would feel like they have a place in the SGA, and the SGA would be representative of all of campus, as it should be.’

“Hammontree called certain Greek support for Spillers’ campaign ‘huge,’ particularly the Alpha Tau Omega fraternity’s decision to hang a Spillers banner from the front of their house on campus. Early Thursday morning, two unidentified men were caught on surveillance tape stealing the banner, according to The Crimson White.

“Spillers will be the second black president in the SGA’s 100-year history, following Cleo Thomas’s election in 1976. Thomas is thought to have recruited significant supporters within the sorority community, along with independent students, to buck the Machine, a secret group of traditionally white fraternities and sororities who are thought to have controlled campus institutions for decades.”