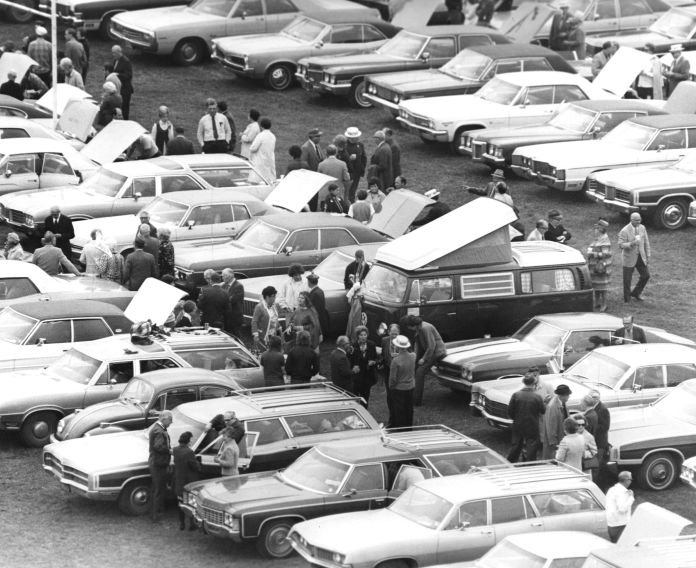 Tuscaloosa in September made its downtown area into a “Downtown T-Town Fall Entertainment District”. Until the end of September, according to Jason Morton’s article in The Tuscaloosa News, “visitors will be allowed to move with an open beverage of alcohol throughout much of the downtown area without running afoul of any laws.”

The Entertainment District was extended by one weekend by the City Council in its first October meeting, with the option of extending the open carrying of alcohol in the downtown area  through the rest of the year.

Lincoln, Nebraska is taking a look at alcohol consumption at tail gating activities.

The City of Lincoln’s Internal Liquor Committee is partnering with the University of Nebraska-Lincoln for a tailgate tour before the Nebraska football game against Wisconsin on Oct. 7.

ILC chair Carl Eskridge said the committee is responsible for collecting data regarding alcohol consumption from a variety of places, including the Lincoln Police Department, UNL Police Department and local businesses.

The reasoning behind the tour is to collect data from the tailgates like they would from bars on gamedays, according to Eskridge. The committee does this by recording the number of people drinking along with each person’s age and gender.

Eskridge said the committee’s main focus is primarily to observe tailgating at locations such as parking lots and the North Bottoms.

Linda Major, assistant vice chancellor for student affairs at UNL, is responsible for facilitating a broader conversation between campus and community regarding how the campus responds to high-risk drinking. She has been on the ILC since its founding and has arranged every tour since the first tour four years ago.

There were a couple of reasons behind the tailgate tours and bar walks, said Major. One reason was that they were asking a certain generation of people to make decisions about an environment they never saw, she said.

Three years ago, the situation escalated after more than a dozen tailgaters were arrested after becoming disorderly. As a result, the Indian Center board shut down its gameday activities due to pressure from the city.

The North Bottoms has become a scene for tailgating. Major said the area is not just a college neighborhood, so the alcohol-related activity going on there is disrupting permanent residents.

Will Tuscaloosa have officers patrolling the downtown area who are looking for under aged drinkers or should minors in the downtown area not be concerned about running afoul of the law? Will the city have any legal liability over alcohol use by minors?