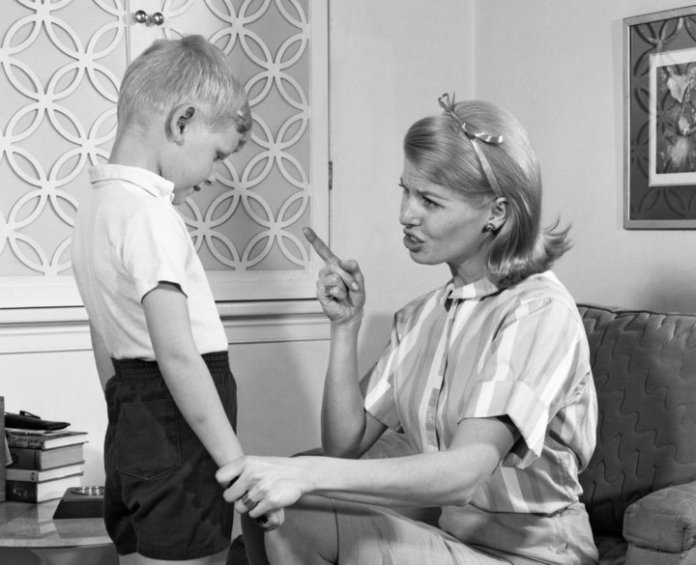 Interviews in an article “Willing to Do Everything,’ Mothers Defend Sons Accused of Sexual Assault’ by Anemona Hartocollis and Christina Capecchi in the New York Times gave the perspective of mothers whose sons had been accused of sexual misconduct.

Some of the mothers met with Ms. DeVos in July to tell their stories, and Ms. DeVos alluded to them in a speech she gave last month. An advocacy group founded in 2013 by several mothers, Families Advocating for Campus Equality, or FACE, has grown to hundreds of families, who have exchanged tens of thousands of messages through their email list, said Cynthia Garrett, co-president of the group.

In an earlier version of the NYT story the following was included, although it has now been excised:

One mother, Judith, said her son had been expelled after having sex with a student who said she had been too intoxicated to give consent.

“In my generation, what these girls are going through was never considered assault,” Judith said. “It was considered, ‘I was stupid and I got embarrassed.’

In the article, as it now exists, this is reported about Judith:

Judith, whose son was expelled, said that at first her son did not tell her about the complaint against him, thinking he could handle it alone. She found out when he was taken to a hospital, suicidal.

She described herself as a lifelong Democrat and feminist who went to college in the 1970s at the height of the sexual revolution and women’s liberation movements. Her husband and their two sons were “super respectful” of women, she said.

“We don’t really need to teach our sons not to rape,” she said.

The use of alcohol by under-aged drinkers on campuses commonly leads to sexual assault. Alcohol Policy MD has described the problem in this way:

Underage college drinkers are more likely than their of-age counterparts to suffer consequences ranging from unplanned sex, getting hurt or injured, requiring medical treatment for an alcohol overdose, and doing something they would later regret.

The University of Alabama’s alcohol policy quotes the National Institute of Alcohol Abuse and Alcoholism claim that “97,000 students are victims of an alcohol-related sexual assault or date rape.”

Although the University has strict guidelines on where alcohol can be consumed on campus*, there is alcohol use by many under-aged drinkers on campus and off.

On any given football game day, you will likely find that tipsy VIPs will be carted to Bryant Denny Stadium from the hospitality tent on the grounds of the President’s Mansion. One was observed who even was allowed to enter the stadium holding a plastic cup containing liquor. He was wearing the name tag he’d been given at the President’s Mansion. Of course alcohol can flow freely in the sky boxes at the stadium. Ticket holders in The Zone replenish their liquor stash, that is kept in assigned lockers, before the game. The use of alcoholic beverages in the student section of the stadium is not unheard of as well, although it is strictly prohibited.

The University of Alabama is to be commended for the part of its new Master Plan that, as reported by Ed Enoch in The Tuscaloosa News, includes “creating safe, inviting interactive gathering and study spaces.”

“One of the things we heard a lot when we were working on the master plan was about interactive spaces, how do you get people to interact, how do you facilitate that through design?” Wolfe said. “One of the things that came up repeatedly was food. If you have food opportunities, there people will hang around and eat and chat and get to know each other. It gives them a reason to be there.”

Currently the downtown area of Tuscaloosa and The Strip are the de facto areas for students to commingle. Bars in both areas depend on student customers. For the University to provide an alternative entertainment area that is alcohol free is a step in the right direction.

Even more Greek multimillion-dollar mansions have been built on campus since building plans were described in a 2013 AP article:

Records provided to The Associated Press by the university show that Alabama’s Greek-letter social groups have undergone a $202 million building boom over the past decade that’s left the school with what one study say is the nation’s largest Greek system. Construction or expansion of about 30 houses is being financed by using public debt to provide loans that are repaid by private groups, university officials say.

The result is a public university campus dotted with palatial homes that provide desperately needed housing for thousands of students on a campus that’s spilling over its historic boundaries.

“I certainly think it’s a win-win for everyone,” said alumnae Jennifer Meehan of Gamma Phi Beta, which is building a $12 million, 40,000-square-foot home on a prime lot on a road named for legendary Crimson Tide football coach Paul “Bear” Bryant.

According to the Journal of Blacks In Higher Education in 2001, “Up until recently the fraternities and sororities paid $1 in annual rent for this space [property on campus where Greek mansions are located]. The annual rent for was recently raised to $100.” (The nominal amount for rent that Greeks pay for the use of valuable state-owned property may have increased since 2001.)

Sororities are not allowed to sponsor co-ed parties on campus, but the slack is more than taken up by the fraternities, many of which have huge party room annexes adjacent to their residential areas. One common practice when a party takes place in the yard of a fraternity house is to screen it off with plastic sheeting. A thick alcoholic haze lingers over the areas where Greek parties take place. Under-aged drinking by students seems to be an aspect of campus life that the University takes a laissez-faire approach to.

A post by Tyler Kingkade in the Huffpost, “Sororities Don’t See Their Alcohol Policies Changing As Colleges Try To Fix Greek Life”, described Greek party life on the University’s campus:

On college campuses, all-male fraternities frequently team up with the female sororities for philanthropy, social gatherings and formal events, a tenet of Greek life going back decades. Informal traditions, like those of fraternity members serenading sorority women with an off-key rendition of a love song, are common as well. Both have similar schedules and responsibilities that come with being dues-paying members of a house. In turn, any time a frat decides to commit to a night of drinking in their basement, their sorority friends are often the first female guests to be invited. These two groups share the common experience of going through rush and initiation as well.

At the University of Alabama, for example, fraternities will allow any sorority member into their parties, regardless of whether they were invited, according to women in Greek life on the campus. But men at UA need a personal invitation from a brother to attend the frat parties.

There is definitely a disconnect between common practices on the University of Alabama campus and in off-campus areas when it comes to the University’s alcohol policy.

What is it about the University’s policy that says “Individuals under 21 years of age are not permitted to consume alcohol.” that is so hard to fathom? Could it be that one of the traditions of the capstone, poor conduct by students,  may well go back to the behavior of students even during its President George H Denny’s reign? ( Denny retired as President in 1936.)

The book Manners and Southern History, edited by Ted Ownby, quoted a letter written to President Denny by a concerned parent about the “temptations to young boys” asking, “Have you the obscene places as most towns?” Another parent wrote about concern with the “considerable dissipation among the students” that was forcing her to consider sending her son to another school.

But one essay indicated that there was tolerance for less than stalwart conduct:

There is also some suggestion that adults resigned themselves to allowing young white men’s natural proclivities to flow in acceptable directions, toward African American women or lower class women. This piece of doggerel made it past faculty sensors in the Rammer Jammer, suggesting the wide acceptance of its sentiments: “The browner the berry/the sweeter the juice/I want a colored lady/ for my personal use!”

According to the Vintage Crimson‘s “Traditions of the Capstone”:

The University of Alabama was opened to women in 1892; “young women of good character” were welcome to enroll. They were expected to reside in private homes, and it was shortly afterward that the Foster-Murfee-Caples House was converted into six apartments to provide housing for the growing student body.

Times have certainly changed since 1892 but the pernicious influence of alcohol consumption on under-aged drinkers persists. It may be late in the game but perhaps the Trustees of the University of Alabama should do more to uphold the school’s own policies if  the desired outcome would be a safer and more healthy experience at The Capstone?

*Designated Locations regarding the use of alcohol