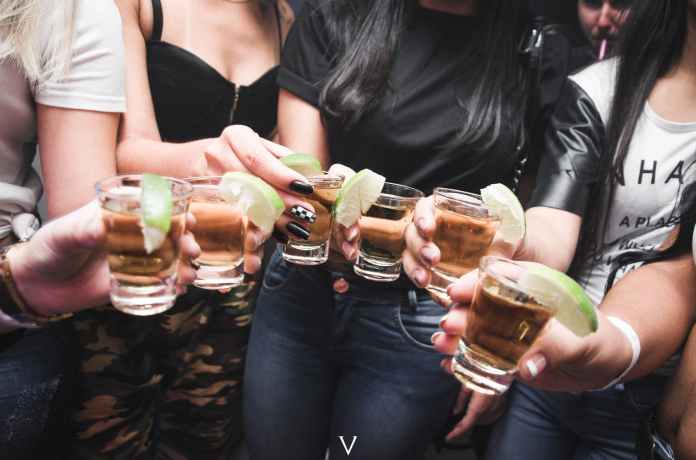 Photo by Isabella Mendes on Pexels.com

An Atlantic article “Why It Matters Where College Students Binge-Drink” by Ashley Fetters claims that “hot spots” where binge drinking occurs are associated with campus date rape.

Some might argue that individual students’ misconduct is more to blame for sexual assault than any frat house or party hot spot. But according to a new study published in the Journal of Studies on Alcohol and Drugs, party locations do play a role in increasing the frequency of sexually aggressive behavior. The study followed the partying and hookup behaviors of more than 1,000 straight men over four semesters, from the beginning of their freshman year. It found that men’s attendance at “drinking venues”—that is, bars and parties—was a better predictor of their sexual aggression than simply binge-drinking or enthusiastic attitudes toward casual sex.

The study’s authors “point to the need for better supervision—and enforcement—on the parts of bar owners and university administrators.”

At the University of Alabama where most students are too young to legally drink and there is a strict alcohol policy you might expect that fraternities would not become “drinking venues.” The question would be: Is there any significant enforcement of the Capstone’s policy on under-aged drinking and alcohol on campus?

On other campuses quite often action has been taken by University administrations only when a death due to “hazing” has resulted from alcohol use. But sometimes sexual assaults are involved as well as in the case at the University of Texas where a moratorium on all social activities by fraternities and sororities was issued.

CNN‘s 2015 documentary “The Hunting Ground” provided a harrowing look at campus sexual assaults. Indiana University’s Elizabeth Armstrong said, “Clearly there are men who think it is OK to have sex with a woman who is very intoxicated, even passed out.”

Banning fraternities outright would be one way to cope with the epidemic of college date rapes.  Swarthmore, after protests by its students over a “rape attic” and a “rape tunnel” at a fraternity on campus, has recently closed all of its fraternities. The Pennsylvania college has yet to end its leases with fraternities.

At the University of Alabama, where its Greek life is such an important campus tradition, such a ban would irreparably damage the school’s character. A better idea would be to increase enforcement of the University’s own policies and also the city codes on under-aged alcohol use.