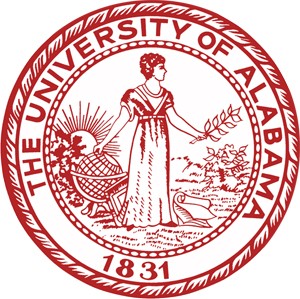 The Franklin Stove Blog blog was linked to at the end of this touching and disturbing letter from an Alabama student’s mother to the University of Alabama President. One person who sent it to Jim Rainey (the Publisher of the Tuscaloosa News)  said that he seemed interested in it. But the letter has yet to be seen in in The Tuscaloosa News.

I am the parent of Katharine Patricia Smith, sophomore by year and junior by credit at the University of Alabama. Our oldest son went to UA in the late 1990’s/2002. We are not strangers to the UA campus life. I will attempt to be as brief as possible.

When Katie chose to attend the University of Alabama, she had been accepted at American University as well as the other Florida Universities. Her choice resulted in the surrender of the Florida Bright Futures Scholarship and several other scholarships that would have virtually cost us nothing for her bachelors’ degree. We have exhausted our Florida Pre-Paid Tuition Plan to the University of Alabama and now we are working to keep the tuition paid until Katie graduates.

My husband has a small business in land clearing and I manage a small nonprofit organization here in Milton, Florida.

Because of Katie’s leadership in high school, as a sophomore, she helped stimulate the interest in Florida amongst many young people around the state regarding the derogatory usage of the word, “retard”. This came about because of Katie’s love for her brother, Curtis Daniel Finlay. He experiences Autism, Tourette Syndrome and has an Intellectual Disability. Katie held events at her school, had petitions signed and began speaking to groups around the state, as well as had the opportunity to speak at a national conference of The Arc of the United States.

Many Florida Advocacy groups learned about Katie’s activities. These activities became one of the catalysts that ignited other actions around our state to promote a special piece of legislation, following the national movement and implementation federal legislation of Rosa’s Law. In the 2013 Florida Legislative Session, Senate Bill 142 and House Bill 1119 were passed unanimously to eliminate all usage of the word in all state statutes and laws and now the word Intellectual Disability is the correct term. I cannot tell you how proud I am of Katie. This was spearheaded by a young girl who loves her brother with Autism.

I provided you with all of the above information because when Katie came to the Capstone, she wanted to participate in leadership activities. Her love for leadership resulted in advice that she should join a sorority. According to her ‘advisors’ this would be the only way to become involved in Student Government. She joined and through the first experience with Rush, she became very disappointed about the process. We should have known then (in the summer of 2012) something was wrong with this system. Katie would call home several times a day crying about these antiquated customs. Katie met so many really nice young women who were equally as talented and qualified to become a member in an UA Pan-Hellenic Sorority. Many of these young women, (who were equally qualified for membership,) were not invited within the second, third and fourth day of Rush. As Katie would learn later, it was because of their skin color or ethnicity. Katie felt confident that this would change and continued with her membership of AOII, as advised.

During Katie’s first year, she was elected First Year Council President and later ran for a Senate position. She was elected because she had shown no opposition to “the Machine.” Katie joined the University’s chapter of Best Buddies and has become a mentor to many of the students at Crossing Points. This past summer she participated in the Avanti Team and was elected the Avanti of the Year by her teammates. As parents, we thought everything was just fine until this past fall. It was then we began to learn about many activities that had and were occurring in the sororities at the University of Alabama. It is called the “Code of Silence.”

I have learned that at weekly sorority and fraternity “swaps” it was strongly encouraged that the new sorority members participate in a practice called “bumping”. As I see it, “bumping” is nothing more than sexual rituals. When you add copious amounts of alcohol provided by the older fraternity members, you can only imagine what will occur. Impressionable eighteen year olds look up to these older sisters and they will feel like they should do what they are ‘supposed to.’ It does not matter what you have taught your children, this is severe peer pressure. I am not a prude here. I was once young too.

During the Tuscaloosa School Board elections, the AOII Machine representative told all of the members of her sorority that they were to vote for a former UA student. If they voted for this person, they would receive a limousine ride to the polls as well as a wristband that could be exchanged for an alcoholic beverage at two local downtown bars. Katie spoke out against such practices. Although Katie was not an eligible voter in Tuscaloosa, she was AFRAID to speak out with her name attached but attempted to go to Greek affairs and the Alabama election board. She spoke out, anonymously, because she was terribly afraid of the backlash that might come for doing so. During this last bid for Senate seats, Katie was told by a “machine rep” that she “could not run for Secretary of the Senate”. She has been told that her actions do not reflect the University of Alabama’s principles. These are only a few issues that we are troubled about with the University of Alabama Greek System evidential common practices.

We were saddened to see that Katie resigned from AOII on March 12, 2014 as a matter of principle of the sorority process. She will NOT be reimbursed for the rest of the semester which includes her food plan. She has been shunned and avoided by the majority of these girls. Her car was keyed the week prior to leaving on Spring Break. There have been questions about some evident tampering with her car wiring. This has been reported to the Tuscaloosa Police Department.

At Katie’s last Senate meeting, (March 20, 2014), Katie co-authored and introduced a resolution for the sororities and fraternities to end segregation in these organizations. She felt that the expectation that you had courageously attempted last fall had to come from within and not from Administration. There were only 6 votes to end segregation and the others voted it down and send it to committee. Since this was the last meeting, it was ‘killed’ on the senate floor that night. That night, she experienced much backlash from the present senators, even some laughing while she answered questions.

She wanted to present this resolution last fall, but the Machine told her that she was not allowed. It was also in her best interest to keep her mouth shut and if so, she would be ‘backed’ for an executive position in the Student Government Association.

In other attempts for leadership opportunities, Katie tried out to be a Capstone woman. From all accounts of the interview, it sounds like most of the questions were about what knowledge Katie had about “the Machine.” From what I have learned about this “machine” it is not safe to know very much about “the Machine.”

Katie tried out for the Blackburn Institute. Katie informed us “that they really wanted instate students and very few are accepted from out of state.” Should we have furnished the census records from the 1800s to 1940 regarding my Alabama Ancestors of Chambers County, Alabama?

When it is all said and done, my husband and I have already spent over $50,000 for an out of state university for what I thought my daughter would have first class leadership opportunities. (This does not include room and board and sorority expenses.) This has not come to fruition. We are very disappointed in the principles that are being dictated by these sororities and fraternities.

From our experiences at the University of Alabama the “Stand in the Schoolhouse Door” appears to be shrine only. The monument is reflective of concrete only. Shouldn’t there be meaning behind this statue? Not a commemorative ceremony with distinctive guests but with real meaning?

Since March 20th, Katie has been approached by the Huffington Press, Marie Claire Magazine and many others listed below:

I am sure that you may think this is all “sour grapes.” I almost wish this was. I have to tell you that my husband and I are very worried for Katie’s safety and well being. After this Spring Break, we have seen a different daughter than we first sent away to school. For this reason, I am requesting a meeting with you regarding this matter. As a mother, I need to have reassurance in my mind about my daughter’s safety. If this is not enough, attached is the letter that Katie wrote to her sorority as to why she felt the need to resign. We were sickened that this has been going on.

Thank you for your attention to this matter.

17 thoughts on “Letter from a concerned mother to Judy Bonner”