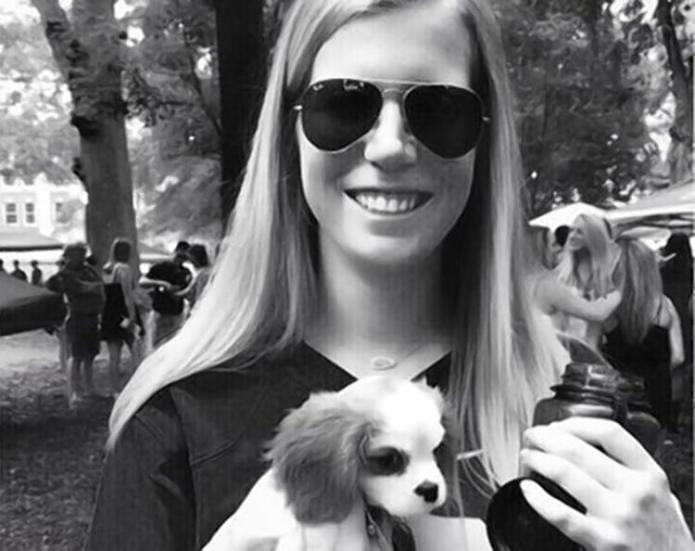 Megan Rondini was the University of Alabama student who hung herself after she was allegedly raped.  She met the man who is being accused of raping her at a bar that is frequented by University students. It is located right across the street from a converted Colonial style home that the family business of  the accused rapist “Sweet Tea” Bunn occupies.

On many campuses rapes are associated with the Greek society that is the social hub for students. In this case the person who is accused of rape is not a student.

Still this tragedy is foremost in the minds of many students.

Adam Dodson in the University of Alabama’s student newspaper reported on student reactions:

Both the University of Alabama and its Student Government Association have released separate statements regarding the death of Megan Rondini. A recent Buzzfeed article claimed Rondini was raped by Terry Bunn Jr., the son of a wealthy Tuscaloosa businessman.

“Like many, I’ve struggled with the recent Buzzfeed article addressing Megan Rondini,” said SGA President Jared Hunter in his statement on the organization’s Facebook page. “Megan’s tragic passing has deeply affected me, along with so many in The University of Alabama community. The outpouring of support we have already seen from groups on campus is incredibly inspiring. As the SGA, we stand alongside you in these efforts. We would like to thank everyone who has supported and continues to support students who have persisted in their efforts to fight sexual assault and the stigma associated with it.”

UA has released multiple statements on the matter, consisting of condolences and promises to act.

“The University remains committed to providing a safe learning environment for all students,” UA’s most recent statement reads. As part of its efforts, and specifically in regard to sexual assault, the University has been working closely with partners throughout the Tuscaloosa community to help raise awareness, prevent and support victims of sexual assault.”

So far, UA has offered no comment on matters pertaining to the lawsuit.

Some UA students are not satisfied with the University’s response and believe the University is underreporting their sexual assault statistics. Robert Pendley, an SGA senator for the Law School, is one of those students.

“Several individuals associated with the UA administration have indicated that The University of Alabama underreports these statistics for ‘fear of it looking bad,'” said Pendley. “Some faculty and administrators have reached out to me and told me the University agrees with Megan’s story but disagrees with the omissions Buzzfeed committed. Why was this not made more clear in the statement made by the University and by SGA President Jared Hunter?”

The statement by Hunter referred to the possibility of reform to improve on the policies already in place. Hunter spoke of the creation of a student task force dedicated to sexual assault and called Rondini’s death a “reinvigorated call to action.” Although some were critical of his statements, with Pendley claiming the current administration cares more about appearances than students, there were those who came to Hunter’s side after the release of his statement.

“I support Jared Hunter’s statement and will do anything that I can personally to strengthen safety on this campus,” said Price McGiffert, SGA Director of External Affairs. “My ultimate goal is to work with The University of Alabama, city of Tuscaloosa and the state of Alabama to see positive change come from a tragic situation.”

If there is a rape problem at the University of Alabama, perhaps this tragic incident will lead to steps that will curtail sexual assault?

One thing seems to be the common thread in any rape epidemic is alcohol abuse by students. The University campus’ party atmosphere and the ancillary bars that surround the campus where binge drinking occurs are part of the problem.

The Pennsylvania Liquor Control Board recently released a REPORT ON UNDERAGE AND HIGH-RISK DRINKING:

Research has shown that the human brain does not finish developing until the mid-20s, and use of alcohol by teens could mean they never reach their full potential.
1•When drinking starts before age 15, youth are more likely to become dependent on alcohol

2• ,and indirect dangers of alcohol use are numerous – car crashes, assaults, risky sexual activity, drug use, and other dangerous behaviors.

High-risk drinking alone can cause death by alcohol poisoning.

Any attempt to “strengthen safety” on campus by the University should include looking at alcohol use by students.