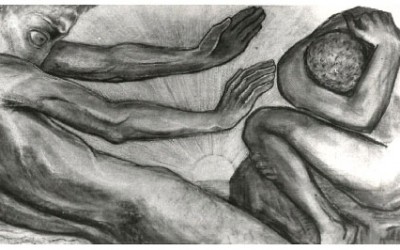 If you take the Associated Press’s reporter Jay Reeves article “Black SGA president discusses white support at Alabama” at face value you might be led to believe that a revolution in values has occurred at the University. Reeves describes newly elected SGA President Jared Hunter in glowing terms.

Someone like Jared Hunter was impossible to imagine even a few years ago at the University of Alabama.

A preppy black guy who grew up outside a small town near Montgomery, Hunter not only is the first member of a prestigious, all-white fraternity, Theta Chi, but he has black female friends who are officers in previously all-white sororities. This, at a campus where Greek-letter social groups were racially segregated until protests upended the old system in 2013.

To top it off, the 21-year-old junior this week became the first black person elected student government president at Alabama with the backing of a secretive, white-controlled campus society called The Machine. Think of Yale University’s “Skull and Bones,” but with top-notch football and tailgating.

Two other blacks have been elected Student Government Association president at Alabama, but not with the blessing of The Machine, a notorious group blamed for social blackballing, vote-buying, vandalism and worse through the years.

Is the fact that Hunter had Machine support such a great thing? Will that change the dominance that a small number of mostly well-heeled students have in campus politics? Does this mean that a non-Machine affiliated candidate will stand a chance to serve on the Tuscaloosa City Council? District Four was purposely drawn up to be a a student-majority district. In its most recent iteration a big slice of non-student residents who had always been in D-4 were cut off. Unfortunately, most of the student votes in municipal elections have come from Machine affiliated students. Most students aren’t all that concerned about local politics although perhaps they should be.

On the day that a non-Machine candidate, even a recent or current student of the University of Alabama, can win in District Four then it might be said that “The times they are a’changing.”

The most revolutionary thing that that Jared Hunter could do would be to work to abolish The Machine. In the interview Hunter said:

Deliberating whether or not I was going to accept The Machine’s endorsement was one of the most difficult decisions I’ve ever had to think about. Knowing that they have a pretty awful history here at the university with tons of alleged attacks or whatever it may be on students or other candidates.

Maybe someday Michael Jackson’s lyrics that “It don’t matter if you’re black or white” will mean something. The election of Jared Hunter ain’t necessarily a sign of a post-racial University. Of course he could always become a spokesman for “Black Lives Matter.”