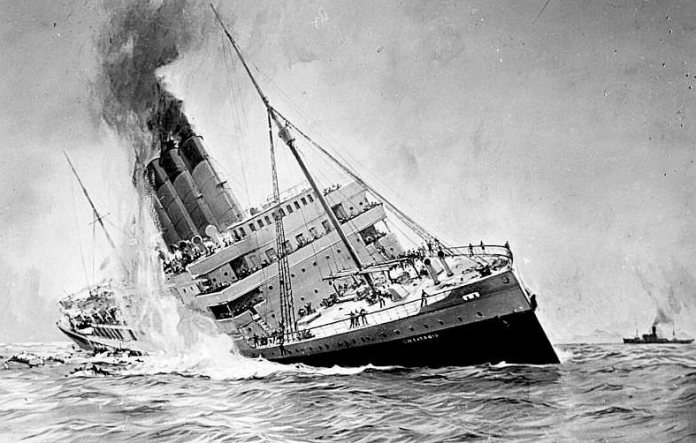 In the last year sailors have really been jumping off the good ship Northport. IT Director Michael Ramm was the latest department head who went overboard. Exactly one year before Ramm resigned, City Adminstrator Scott Collins turned in his resignation papers, receiving a large amount of severance pay.

Finance Director Kenneth McKeown was fired just three days later by the Council without explanation. On February 9, 2017, in a federal court Northport Attorney Bruce Henderson was reported to have said that McKeown had “acted inappropriately during a February 2016 training trip he took with a woman who worked for him in the finance department.” McKeown now works as Biloxi, Mississippi’s administrator. It would be reasonable to assume that either people in Biloxi are not concerned about the sexual harassment charges or McKeown is not guilty.

The Tuscaloosa News reported that, “McKeown testified Thursday that he did nothing wrong and that his behavior on the trip could only be considered inappropriate ‘if somebody was trying to make something out of it.’ He told [U.S. District Judge] Coogler he was placed on leave less than 24 hours after discovering an expense account that a support technician told him only Collins could access.”

The Tuscaloosa News ran an editorial on May 5, 2016 saying:

The Northport City Council and the city’s attorney have gone to great lengths, it seems, to keep a lid on the circumstances surrounding the recent departures of city administrator Scott Collins and city finance director Kenneth McKeown.

Collins resigned suddenly on April 15, and received a lucrative payout on his way out the door. Then, on Monday, the council, without explanation, fired McKeown, who became finance director on Feb. 1 but had been on paid leave since April 8.

On the day Collins resigned, City Attorney Ron Davis sent an email to the city’s benefits administrator, directing her to cut three checks totaling $131,241 to Collins, including one for one year’s salary ‘to be paid in one lump sum today.’ He also sent the email to council members Bart Harper, Jay Logan and Rodney Sullivan. Left off the recipient list were council members Judy Hayes and Bert Sims and Mayor Bobby Herndon.

Given the timing, one can’t help but wonder whether there is some connection between the resignation of Collins and McKeown’s firing. But, related or not, both departures were handled in mysterious fashion. Why? The people of Northport have a right to know how their government is being run.

In the Tuscaloosa News article that reported Michael Ramm’s resignation, Northport Mayor Donna Aaron was quoted as having said that rehiring an IT Director wasn’t a high priority because of the “cyber security” firm that had recently looked at “computer, networking and email systems.” That almost makes it seem that the duties of an IT Director are limited to policing what information might be leaked.

The city spent $220,000 on cyber-security, hiring Viperline, a Birmingham-based IT company.  According to University of Maryland University College, “Cyber security, also referred to as information technology security, focuses on protecting computers, networks, programs, and data from unintended or unauthorized access, change, or destruction.”

The actual duties of an IT Director concern far more than “cyber-security.”

In Cupertino California an IT Director duties are to: “Create and implement a five year technology plan; identify the source of operating problems, including hardware and software aspects for personal computer systems; analyze and assess the nature and degree of the problem and implement or recommend corrective action; perform administrative functions on the city’s wide area network, including user access admission, file management, resource sharing, and system security; evaluate departmental requests for system enhancements/modifications, and oversee and implement enhancements/modifications as appropriate; develop city wide hardware and software standards; analyze and evaluate vendor supplied software and hardware products in accordance with City requirements and specifications; recommend new or replacement products as appropriate; negotiate and/or administer contracts for the acquisition, installation and application of vendor products; maintain and repair computer hardware as necessary and assist departments in use of computers, troubleshooting, and resolving network problems.” The IT Director also trains personnel and prepares an annual IT budget.

Just as in the case with Collins and McKeown, the reason for Ramm’s departure may never be made known to the public. Interim City Administrator Joseph Rose has declined to say why Ramm was put on administrative leave, citing it as a “confidential personnel matter.”

Four of the 12 applicants to be Northport’s next city administrator already hold leadership positions at City Hall, according to a list of candidates released to The Tuscaloosa News.

Hiring a new city administrator has been a priority of the City Council since the resignation of Scott Collins last April, but the search was restarted in November when a new mayor and new council members took office.

The previous council posted advertisements for the position last summer and drew 39 applications. The Civil Service Board narrowed the field to 10 candidates, then to three finalists whose names they passed on to the council for another round of interviews. Those were held in October and a hire seemed imminent, but in the municipal election in August and runoffs in October, Northport voters elected Donna Aaron mayor, replacing Bobby Herndon, and also elected three new council members.

After debating the issue in their first meeting, the new council decided the city administrator should not be a civil service position and voted to start the search from scratch.

When Utilities Director Larry Ingram “stepped down” he was reported in The Tuscaloosa News as saying that “there is $43 million of work that could be done today to maintain the systems in Northport, if the funding was available. Because the city can’t all finance that work at once, Ingram had to constantly prioritize projects to keep all systems running as smoothly as possible.”

Ingram was in charge in July 2016 when a wastewater spill “estimated in excess of 400,000 gallons, and possibly much larger” took place. It is thought that back up pumps were either inoperable or missing, contributing to the severity of the spill. The alleged use of Water and Sewer funds in Northport to pay general operating expenses may have contributed to the city’s inability to “maintain its systems.”

On April 3, 2017 the Council appointed BKI’s Bruce Higginbotham as the new City Engineer. The Tuscaloosa News reported that Higginbotham told the Council members that “his strength was in his interpersonal skills and told the council if they are trying to hire someone to be a technically minded ‘engineer’s engineer,’ they should look elsewhere.”

The three candidates for the job were John Powell Webb, Bruce Higginbotham and Anthony Hughes. Anthony Hughes, the lead project manager at the U.S. Pipe plant in Bessemer, would have fit better in the Utilities Department but John Powell who had been second in command in the City Engineer office for four years was given the utilities position as a consolation.

Hughes seemed to think that Powell would have been selected. He was quoted in the Tuscaloosa News as having said, “I’m not selling myself short, but the reality is John Powell’s been here a few years, and if you guys move toward him, that’s not going to hurt my feelings at all. I hope that I’ve talked to you guys enough so that when you open up the opportunity to fill the utilities director position that maybe you’ll consider me for that, too.”

When will the musical chairs in Northport ever end? It was rumored in the last year that two or three people were going to be appointed City Administrator. Now, a year after Scott Collins resigned, the position still hasn’t been filled. And three departmental heads have left.

2 thoughts on “The Good Ship Northport”