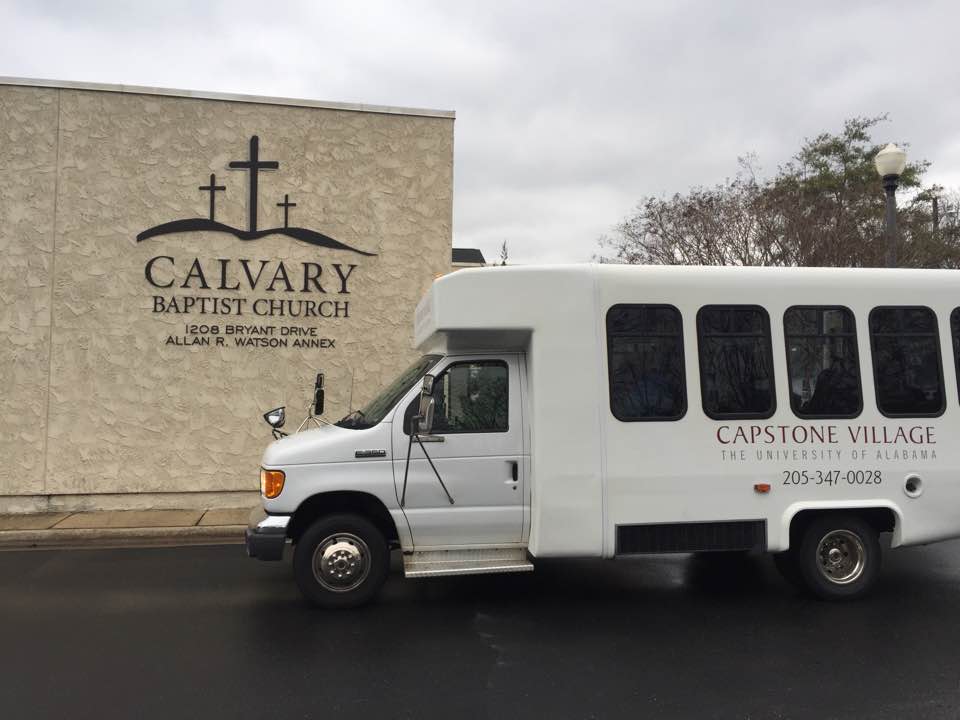 There were no limos pulling up at the Calvary Baptist Annex that half-inebriated students stumbled out of during this year’s Tuscaloosa municipal election. Perhaps that was not due to a lack of interest by students in civic involvement? Neither the contest for Mayor or for the School Board had any Machine candidates running. (Machine candidate Matt Calderone was running unopposed for the District Four Council seat and wasn’t on the ballot.)

No limos were at the Annex but a  Capstone Village shuttle bus unloaded retirees in wheel chairs. Other senior citizens walked with the aid of canes.

The Franklin Stove Blog was started as a response to the drinks and limo rides for votes that students were offered in 2013. The University afterwards quietly added as an “offense against the University community” this provision: